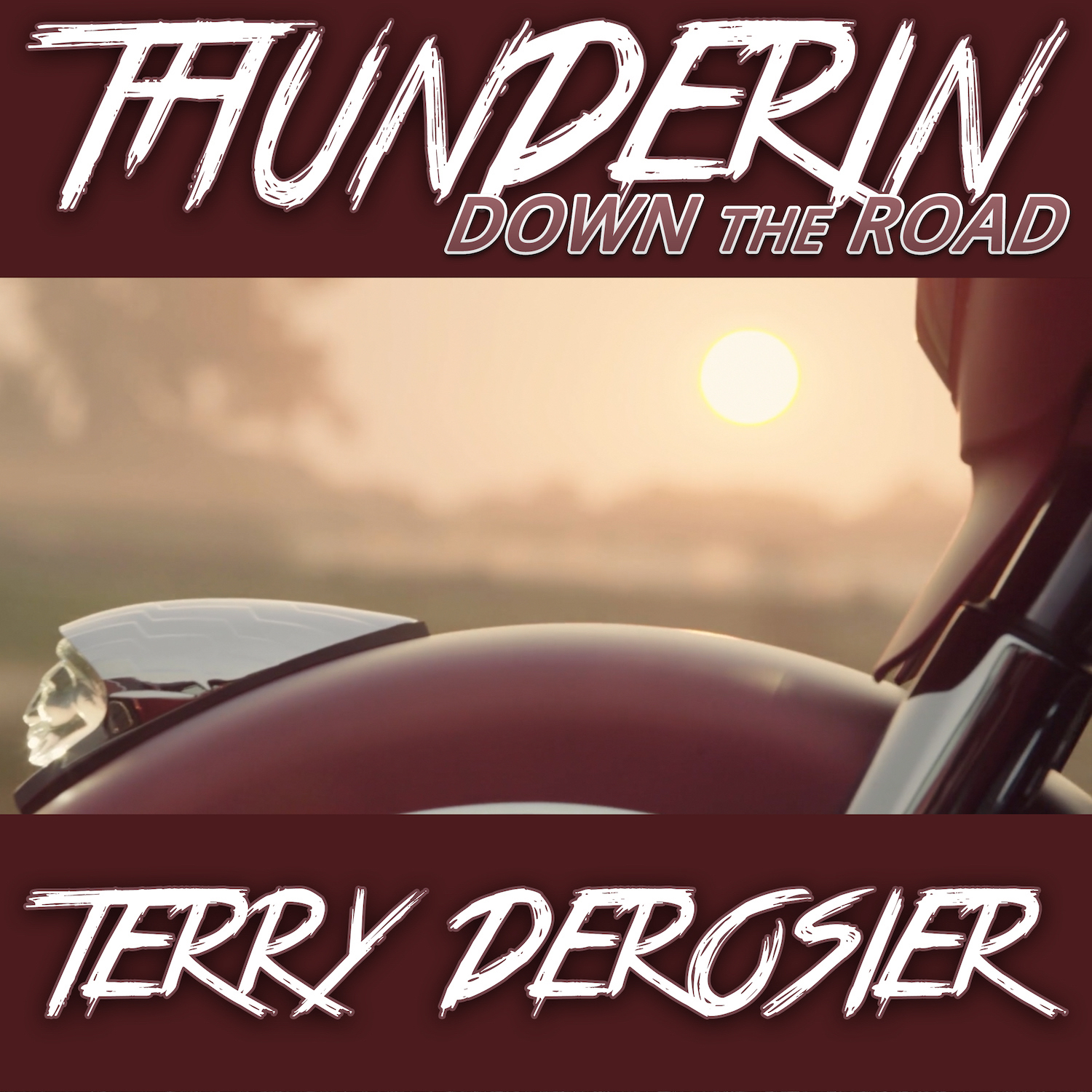 ‘Thunderin’ Down The Road’ is the latest release from Terry Derosier, the Country Rock artist hailing from Red Lake Falls, MN. After a near death experience in 2014, Terry began writing songs and wow, what songs they are!

Released in 2018, ’Thunderin’ Down The Road’ is a catchy toe tapping offering from this predominantly Country Artist. The songs feature picturesque storytelling in Terry’s clearly identifiable way. It was written on a motorcycle trip starting in Minnesota and finishing at Glacier National park, Montana.

The opening title track begins with a solo bass closely followed by full sounding drums setting the pace. A lovely touch is the sound of rumbling thunder deep in the background. While we were listening, we felt as though we were on the motorcycle trip with Terry! All of the detailed thoughts and feeling expertly described and always lyrically interesting. The star of the opening track is the hammond organ. Unusually, to begin with it is used to give rhythm and only later on takes on solos and becomes the star. We adored the introduction of the much loved hammond. From the textured electric guitar solo to the use of the ride on the chorus, to the previously mentioned iconic hammond sound, the opening track sets the scene beautifully for what is to come.

The second track ‘Restless Dreamer’ is full of happy, upbeat rhythms. There is a snappy acoustic guitar, an experienced and brilliantly well executed shredding electric guitar break and a strong punchy bass which ties all of the elements together seamlessly.

‘Ten Thousand Ways’ has a thoughtful and creative opening chord progression, with warm ‘ooohs’ for backing vocals which are an unexpected but brilliant touch. The tone in Derosier’s voice is warm and inviting.

‘Carolina Always on My Mind’ builds in layers upon layers slowly adding texture and depth. There are funky guitars adding an almost reggae feel to the country vibe and it’s a fun track from start to finish.

‘Hot Summer Sun’ is perfect ending. It has a violin opening which is reminiscent of the Dixie Chicks. We hear a dancing snare, fast flowing lyrics which remind us of ‘Subterranian Homesick Blues’ by Bob Dylan. The electric guitar has been panned to one ear and the ever present accordion bounces the song along. Brilliantly fun and always entertaining.

The entire piece of work is thoroughly charming and will have you reaching for the repeat button. All of the tunes would work brilliantly to line dance to or sit and reflect on any given day. Wonderfully, All the proceeds from Terry’s music goes to his 501(c)(3). It helps to feed starving and malnourished kids around the world.