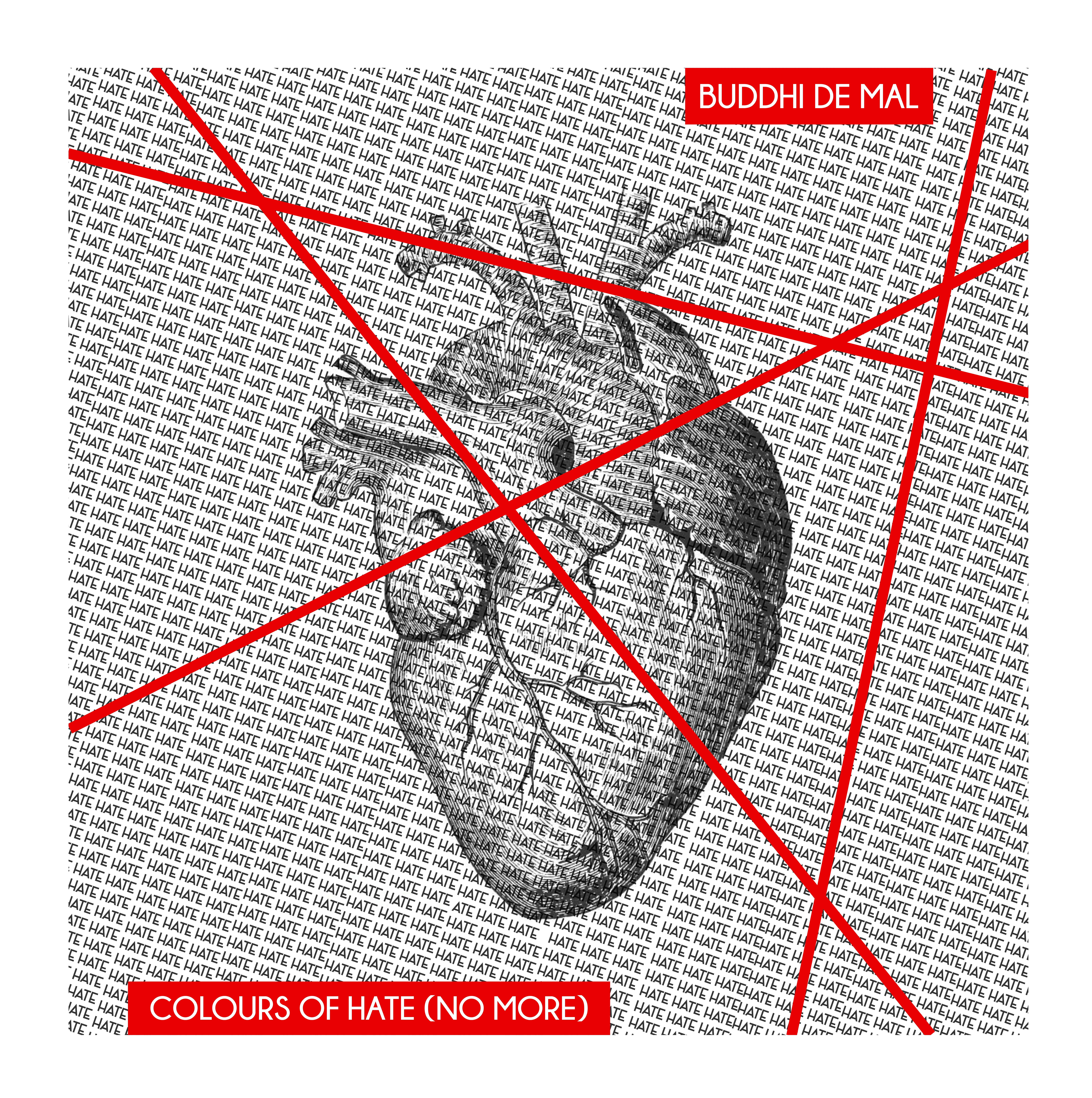 Buddhi de Mal is an exquisite singer/songwriter originally born and raised in Sri Lanka and currently living in Los Angeles. His latest release ‘Colours of Hate (No More)’ is a wonderful introduction to his political and unifying single.

The track starts with sparse instrumentation and slowly builds. There is a guitar strumming chords on 2 and 4 of the beat, then the vocals, drums and bass kick in. The rhythm nods very much towards a reggae beat with a chilled, relaxed tempo and welcoming mid tones.

The chorus is catchy and each time it reappears there is a added element. This all builds character and textures. Before the second verse there is a female vocal to be heard which is a great introduction to a new dimension. The harmonica addition is another unexpected but enhancing element. We loved the guitar break, there are two solos one after another, the first is a rich tone filled subdued offering and the second is a extravaganza of a squealing stadium solo. The song is thought provoking and serious. However, there is a really nice part in the accompanying video, juxtaposed to the serious nature of the track the first solo guitar is playing then the second guitarist scoots him out of the way and plays his solo. This addition of humour shows layers of thought and detail which has gone into making such a competent piece of work.

Buddhi de Mal’s vocals are a major positive selling point to this single. His roots shine through in his very present Sri Lanken accent. This adds charms and depth to his writing and makes ‘Colours of Hate (No More)’ stand out from the pack. His tone is simply delicious and it will have you coming back for a listen time and time again.

With times, attitudes and the political landscape as it is, ‘Colours of Hate (No More)’ is a breath of hope and a change of the tide. The outro lyrics hold a powerful message of new way forward; “No more colours, No more winners, No more sinners, No more killers”.  They creep up on you and will have you singing along in no time. Music like this can influence attitudes and make social changes.

The artwork which accompanies the single is stunning, as is each element which is related to the project. The video is of an excellent quality and expresses and highlights the brilliant musicianship that we hear. There is very apparent message of equality, regardless of race, sexuality or age. ‘Colours of Hate (No More)’ was recorded at the Musicians Institute in Hollywood and it includes participation from students and teachers from all colours and races. The folks who worked on the stunning project are as follows: Producer – Zoe Pelloux, Director & Cinematographer – Benjamin Gabriel Schultz, Editor – Alexander Rodriguez-Hernandez, Album Artwork – Natalie Soysa, Audio Mix & Master – Rob Harkness.

There is also a really interesting and detailed documentary which tells Buddhi De Mel’s story. It’s a fascinating watch and we fully recommend it. It explains why he writes from such a political standpoint after his upbringing in Sri Lanka in times of Civil war and unrest.