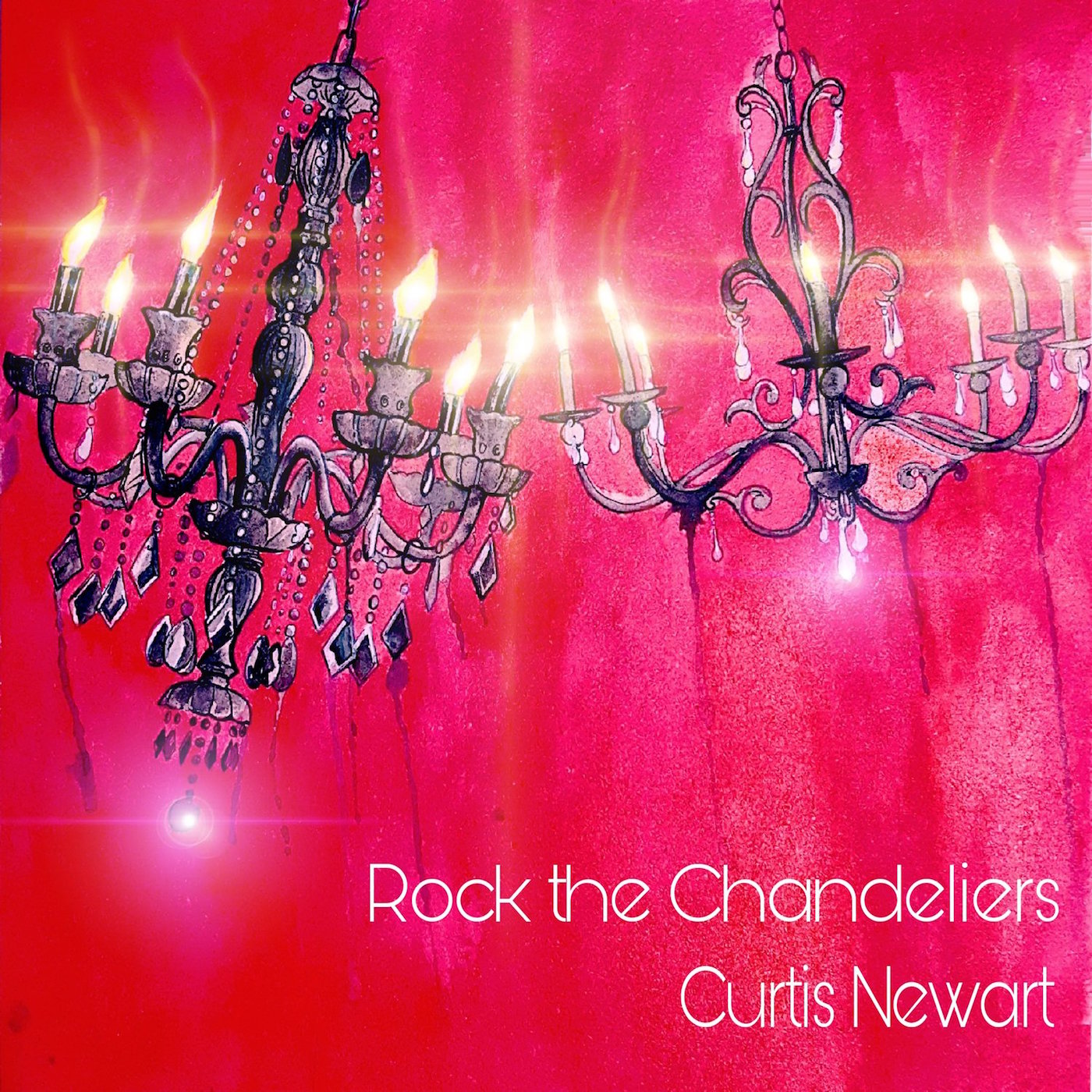 ‘Rock the Chandeliers’ is the brand new release by Canadian artist Curtis Newart. Having been released on 8th June 2018 on Immaculate records, ‘Rock the Chandeliers’ is an upbeat, electronic and fun album which will have you reaching for the repeat button. The album is comprised of 8 new original songs plus a re-recording of Newart’s song ‘Perverse’ and a cover of the popular ‘Man on the Moon’ by the legendary band, REM.

‘Rock the Chandeliers’ opens with the title track. It is a hard-hitting opening which features infectious claps, Newart’s recognisable silky tones and gorgeous synths galore. It is our favourite track on the album as it encompasses the nature of the album as a whole. There is a cannon style, folk singing at the end which crosses genres and creates layers of texture.

Other favourite songs include, ‘Confetti and Beachballs’ for its beautiful piano, tom filled drums and snare which are filled with rich reverb. ‘Down the Garden Path’ has syncopated claps and a sound which is reminiscent of the Pet Shop Boys. The lyrics are relatable and will reach out and speak to many different people. The closing song, ‘Trippin’ on the High Horse’ is a strong ending which features vocals reminiscent of Mick Jagger in style. The song leaves the listener wanting more from this undeniably talented songwriter.

The classic cover of ‘Man on the Moon’ is most certainly an example of Curtis Newart taking a song and making it his own. There are nods to the original with extra harmonies and instrumentation, taking the song to the next level.

‘Rock the Chandeliers’ has been superbly engineered and produced by Jacob Wing at Ill Eagle Studio in Florence, Montana and by Robert Newart at Immaculate Records in Superior, Montana. They have done a magnificent job at making the album sound clean and crisp with charming character and flair. The artwork has been provided by Justin Lewis at Dermagraphink in North Hollywood, California. Additional effects are provided by the talented Robert Newart.

‘Rock the Chandeliers’, is now available on iTunes, Spotify, Amazon, Google Play and iHeartRadio. It’s also available to DJs on djpool.com. CDs will be on sale to the general public soon. Check out this exciting release today!