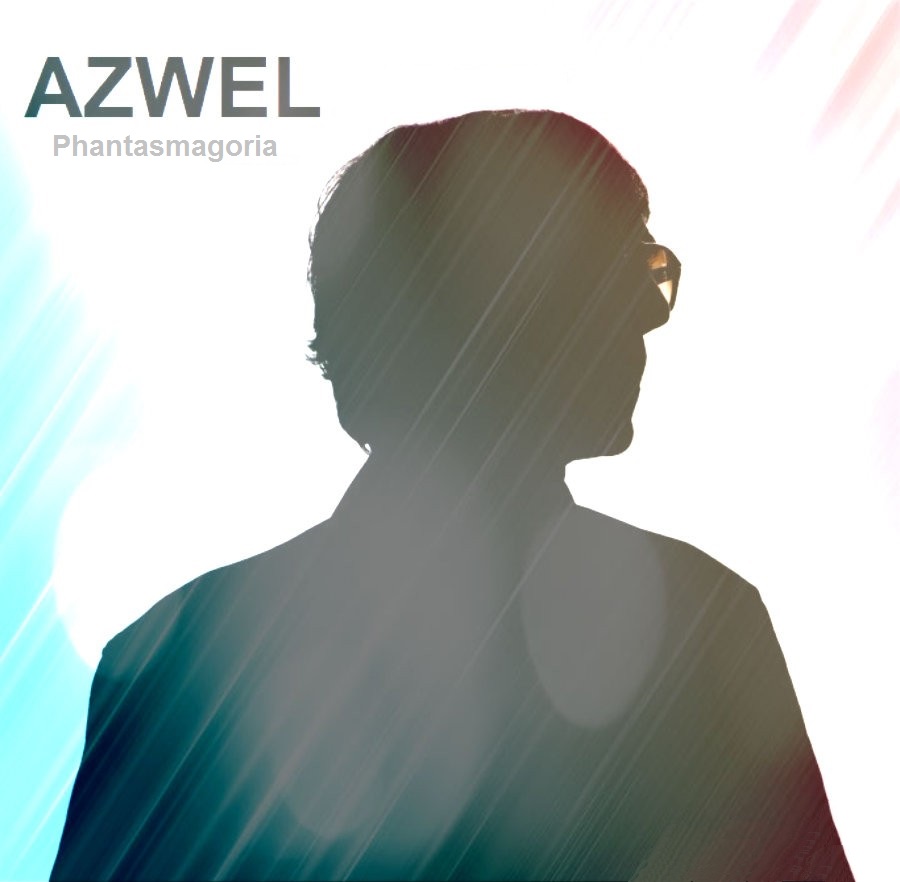 It is a very special week in music this week as New York based band Azwel, release their brilliant new album ‘Phantasmagoria’. Jason Perrillo and his live band have created an album filled with interesting and engaging music which is accessible for all.

The album begins with the magical track, ‘By The Daintree River’. The sound of Seagulls in the background are the first sound to be heard, swiftly followed by luscious strings and an ambient piano. There are gentle runs with the bass hand of the piano and the gentle pauses in the music to give the track time to breathe. The vocals remind us of Paul McCartney mixed with Brendon Urie in their tone and texture. It is sophisticated in it’s composition and has an old standard feel. It is most certainly a charming introduction to Azwel.

The second track ‘Half the Battle’ is as strong contender for our favourite track on the record. It picks up the pace from the opening track and is filled with a flavourful honkey tonk style piano, harmonies galore and catchy chorus which will have you singing along instantaneously. There is an element of spoken word half way through the piece which breaks up the momentum nicely and then the hook kicks back in. The catchy melody  is blissful and carries the chorus through.

Each song on ‘Phantasmagoria’ offers something new and its own charm and character. This is enhanced by the many different instruments to be heard. ‘Meeting of Minds’ hears a harpsichord, bells and beautiful harmonies. ‘Pleading Eyes’ hears horns, female vocals, semitone rises in the melodies and 7th chords. ‘Equal Opportunity’ hears a gentle fade in followed by a xylophone, string and rich major sevenths chords. These instruments create layers of interest, intrigue and a pleasurable uncertainty as to what will come next.

‘The Path’ offers a shift in genre with a disco feel and funk style guitars laden with the wah wah effect. The organ balances the sound out and the minor chords on the chorus offers a special alternative turn. We also loved, ’Impression of your Silence’ which starts with a strong female vocal opening. Up until this point we have only heard the female vocals as a backing and it is wonderful to hear them take centre stage. The song has a nod to a nostalgic seventies feels which has been reinvented for 2018. The guitar riffs have been mixed and panned in opposite sides of the spectrum creating depth. The bass and drums drive all of  the tracks along and have been mixed to have a fat, wide sound.

The closing track, ‘Legionnaire’ has a melancholic start which is juxtaposed to what we have previously heard. This change in character (again) keeps the listener on their toes. The vocals have been mixed into the back with the piano at the front. There is a slight delay on the vocals and the ominous strings create atmosphere. The horns shine out of the darkness until the outdo there are dark, unsettling, dissonant chords to a fade ending.

‘Phantasmagoria’ has been extremely well composed and executed superbly. It is officially released on Wednesday 5th September 2018, so feed your musical soul and check out this divine release!