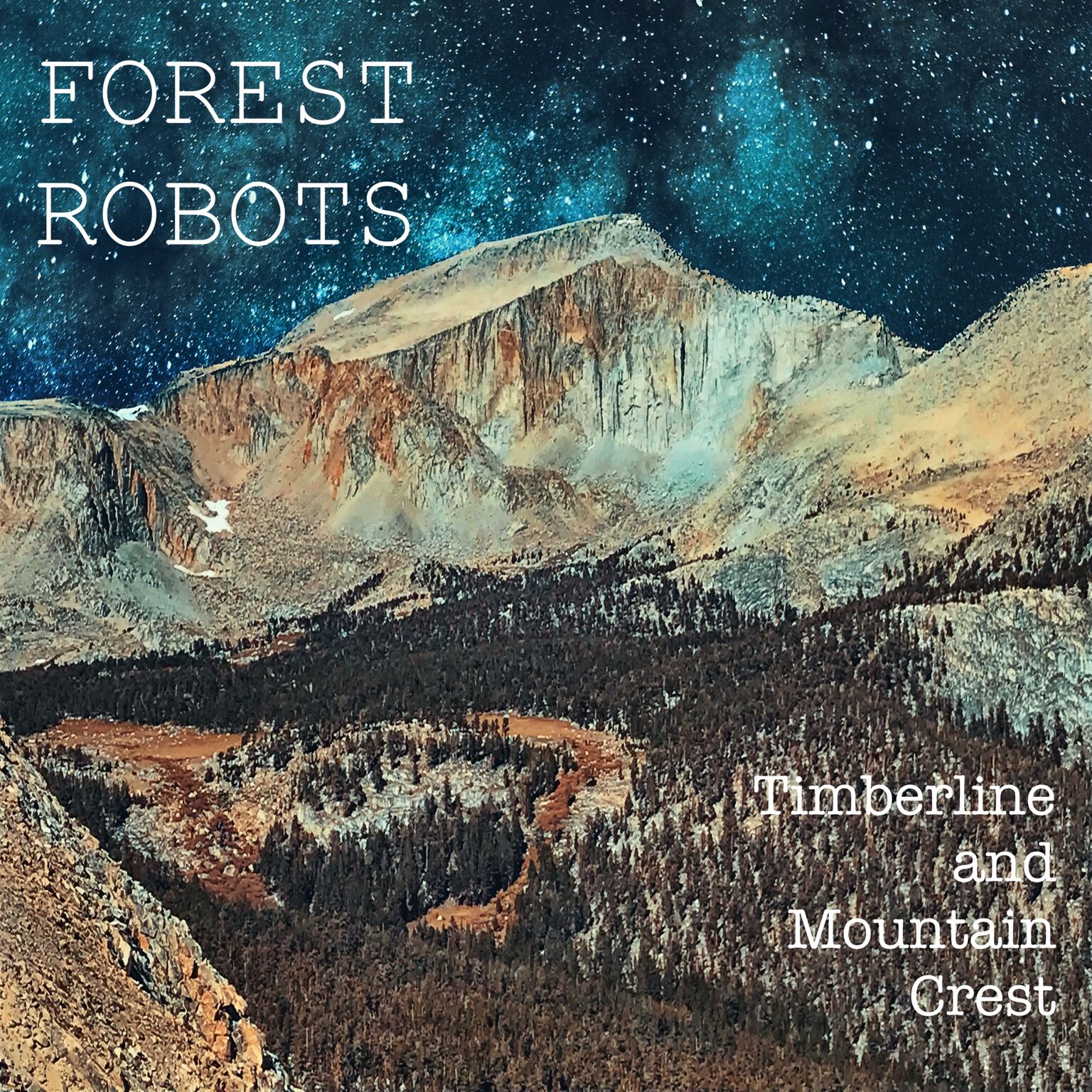 ‘Timberline and Mountain Crest’ is comprised of 10 tracks and opens with the song, ‘Where The Wild Summer Storms Run’. It is an atmospheric beginning with swirling synths starting the layers of instrumentation which create texture and charming character. We also hear intricate beats on this song. They are full of substance and quality which drives the melody along.

We adored the song, ‘As The Sun Rises Between Timberline And Mountain Crest’. It opens with silence which fades to a gorgeous solo piano with then the further addition of gentle strings in the background. It is a subdued number which is juxtaposed to what we have heard previously. The double bass is stunning and as the song progresses, the strings add a mysterious element. We could easily hear this song being used as placement in TV, film or games. A truly beautiful piece.

Other highlights include, ‘Between The Orange And Purple Horizon’. This song is so clever in its composition. Somehow, Forest Robots has managed to get the listener to see the colours in the music. When listening, the listener is able to fully relax and let their imagination run free. The song features a double kick which feels like a heartbeat and it fuels the groove wonderfully.

‘Farewell Sudden Summer Storm Clouds’ has a strong nature element and feels like the beginning of spring/summer. The synths have melodies in a major key which add to the happy, new beginning vibe.

The closing song, ‘ It’s Quietest At The Edge Of The Crestline’ again has strong links to nature. Wind and sea noises fill the audio landscape from the beginning and the recognisable synths slowly fade in. It is gentle, peaceful in tone and feels like the beginning of a new day.

This album is one which will take you outside, to new and exciting lands without having to move from your chair. The talent and skill in the songwriting are simply exquisite and we fully recommend checking out Forest Robots today!