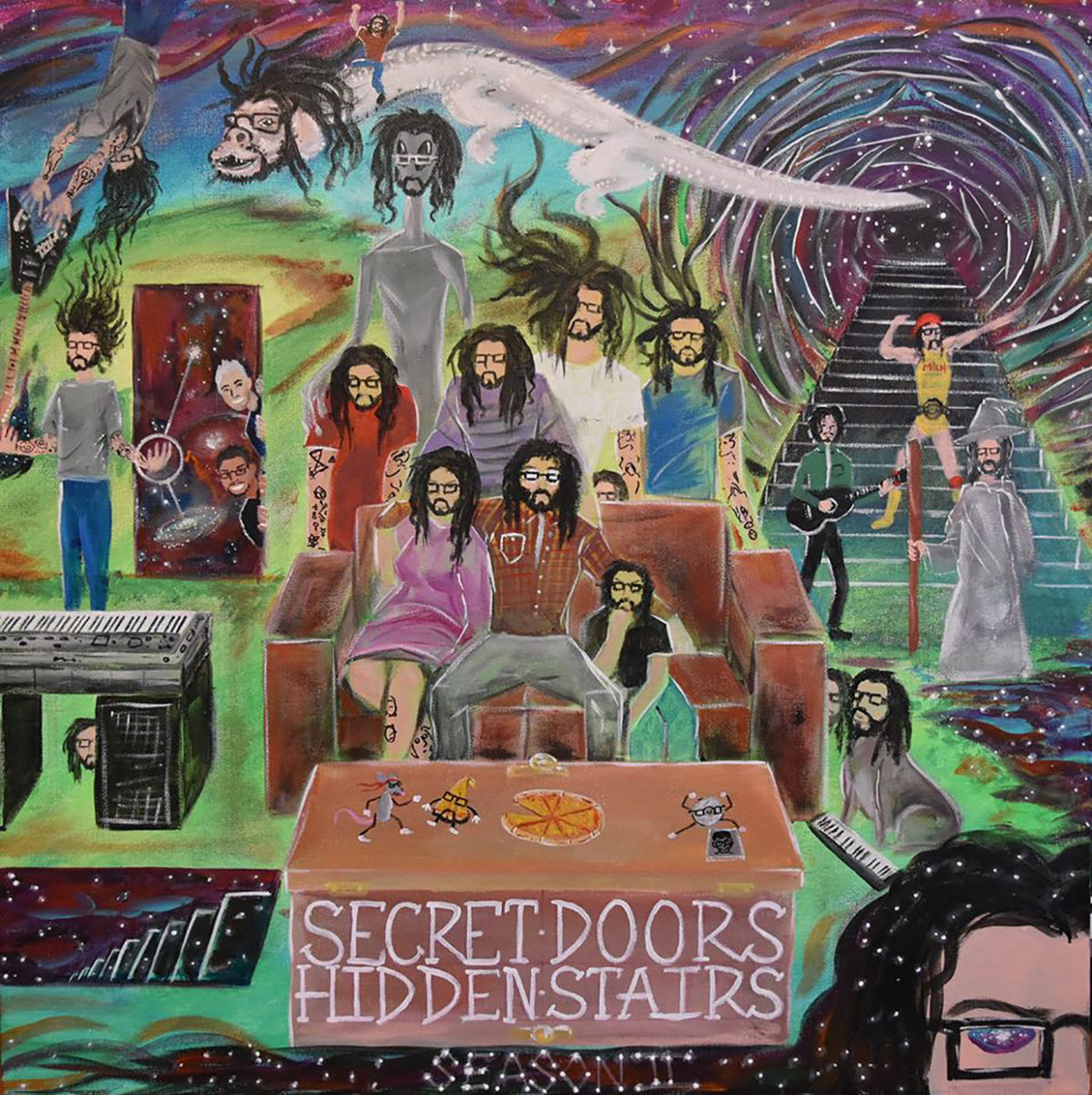 ‘Secret Doors Hidden Stairs’ is the brilliant album by New Jersey singer/songwriter Herman Martinez. The 10 track record is a masterclass in composition, musicianship, and harnessing talent.

The opening track ‘Season Premiere’ is a well-constructed song which sets the tone for the rest of the album well. It begins with a mysterious guitar riff which keeps playing through the entire songs. Layers are built up slowly which create texture and interest. The stabbing percussion before the beat kicks in is interesting and atmospheric. The claps and marching snare adds further texture and the impressive guitar solo is mind-blowing. We found the vocals enthralling with the backing vocals adding a dissonance and uneasy tone.

It is hard to pick but our favourite song on the record is ‘Emerther’. From the acoustic guitars to the dissonant chordal structures, to the smooth vocal performance, it is a top class song. The harmonies are a standout star and the instrumental feels as though you have fallen down the rabbit hole into an interesting, dark and mysterious new place. It is music to transport you to another plane.

We also adored ‘John Travoltrons Theme’, it is a thoroughly compelling listen. All of the instrumentation feel as though they are playing their own melodies but they never impose on one another. They dance around one another seamlessly and the use of the toms add texture to this wonderful piece.

The album features Herman Martinez on guitars, vocals, bass, and piano. He is also joined by the inspirational drummer Hank Yaghooti. Ahmed Mahmoud has engineered and produced the record with Chase Cassara also taking on the engineering responsibilities. They create a sound which feels experimental, hard, progressive rock. Herman Martinez’s voice has elements of Kurt Cobain but ultimately he makes for a sound which is unmistakably him.

We must also mention the incredible artwork which accompanies this release. As you can see above, it is intricate and detailed. It perfectly sums up the music itself, it is unconventional, thoroughly engaging and totally mesmerising.

You get the feeling with this record that everything has been meticulously planned. The parts are intricate and well executed. The thought that has been taken to create such a magnificent piece of work is undeniable and it is a thorough representation of the talent and skill that Herman Martinez possesses. We can not wait to hear what comes next from this exciting artist. We strongly recommend checking out this excellent release today!