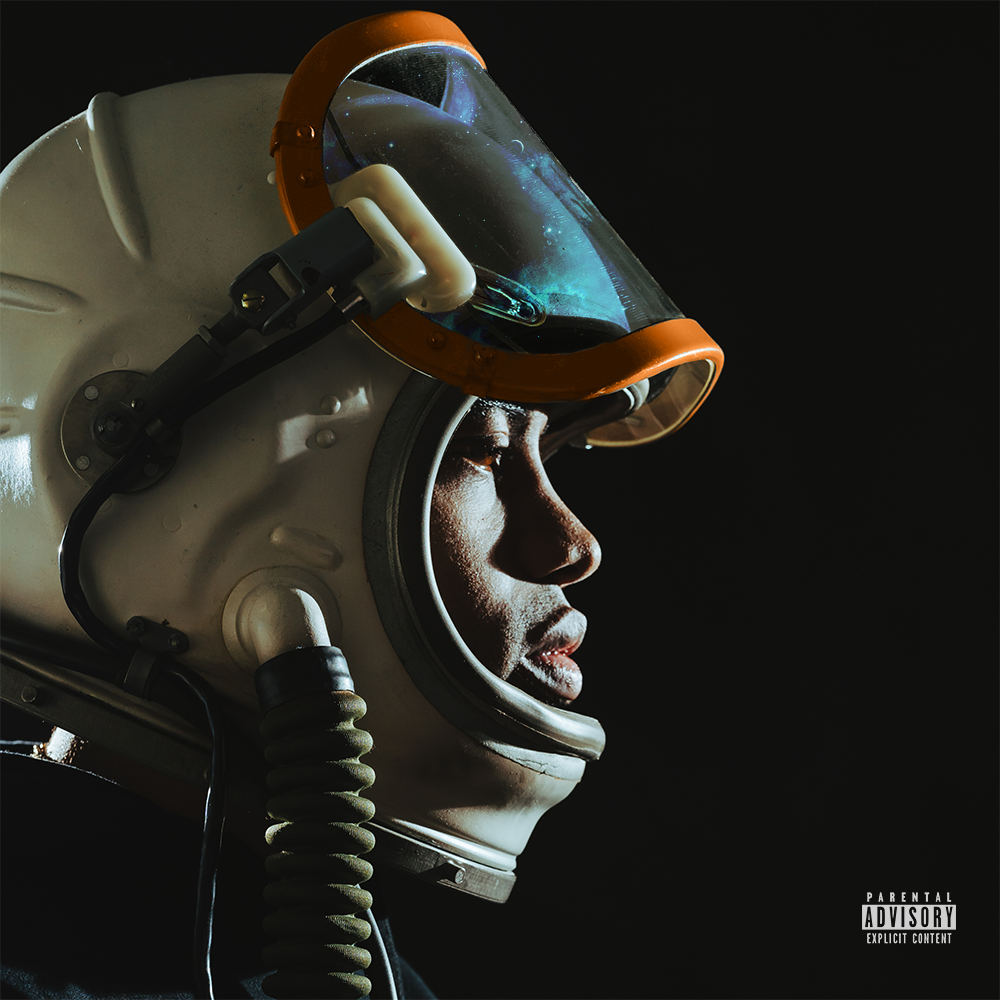 Danny Ali aka Young Space Wolf released his brilliant new album ‘CYAN’ on 28th April 2019. It is a superb hiphop/rap album which showcases the genre to its finest.

‘Pilot’ starts the album. Its use of piano and spoken word (which is heavily saturated in gorgeous reverb) is a hard-hitting opening. We hear the spoken word lyrics, “Not every story told is a fairytale,” we found this to be an enthralling beginning and shows the calibre of songwriting to come. On this song, we also loved the lyrics, “Burn your wings,” it evokes wonderful imagery and showcases what a talented and accessible artist Young Space Wolf is.

There are many magnificent tracks on ‘CYAN’ and it is hard to pick our favourites. We had a special appreciation for ‘Star’, it has interesting percussion and Young Space Wolf’s lyrics seem to just fly off of his tongue. He makes rapping seem effortless and natural when it is anything but. His cadences land every time and he conveys emotion beautifully. ‘RUN’ (feat. Joe Frazier) is another top class song. Its use of claps and reverb sets a beautiful scene for the raps to build from. We adored the female vocals on ‘Free’ and also its clever use of production. The song ends on a phone call and the next song picks up from where it leaves off. A masterclass in production and writing.

Without a doubt, the shining star of ‘CYAN’ is Young Space Wolf’s rap performances. It is filled with energetic and characterful deliveries in a way only he can. The thing which sets Young Space Wolf apart from the crown is how realistic and relatable he is. At the age of 22, he is the face of the next generation, and how lucky we are to have him.

The album is filled with wonderful production throughout. There is a lot of layers under the rap, whether they are synths or samples there is always enough room in the mix for them. Each element has it’s own space to shine but they also come together to work as one cohesive piece.

Hailing from South San Francisco, Young Space Wolf is redefining the genre with this album. The artwork which accompanies the release fits the project perfectly and is a perfect introduction to a magnificent body of work. Filled with luscious synths and samples, ‘CYAN’ is a must listen this year.

So make sure you check out ‘CYAN’ today, you will not be disappointed.