Skip to the content
Home » Blog » Uncategorized » ‘She Knows What’ – Ephect

‘She Knows What’ is the brand new single by Ehphet the Indianapolis based Rap/Hiphop musician and producer. The single has been taken from the upcoming album from Ephect entitled “The Nphection” LP which is scheduled for release at the end of July 2018. After listening to this single, the LP release can not come soon enough!

The track starts with a vocal introduction for Nick J (the singles’ producer), followed by a sound similar to a gunshot and then a percussive instrumental which pans throughout the entire width of the listening scape. We found this all very unusual which peaked our interest immediately within the first 8 seconds! Following this, there is a kick reminiscent of a heartbeat before the drums and synths kick in with a catchy insightful melody.

Ephect’s voice is what makes this single for us. His vocal performance is smooth and deep, rapping with a thick american accent. The track is very sexual and relatable and it is Ephect’s performance which sells this brilliant summer tune. His phrasing is spot on throughout and his complex lyrics are genius, he spits them out with ease and confidence. The sign of an excellent artist.

We adore the chorus which is again catchy with multiple voices, each showcasing their own characteristics. There is a breathy vocal performance which strikes to the heart of ‘She Knows What’ showing Ephect understands the genre and superbly portrays the essence of the song clear and concisely. At one point we hear a telephone voice which is a brilliant addition to add layers of depth and interest.

The content of the song reminds us of ‘Butterly’ by Crazy Town released in 1999 but it has been reinvented for 2018. The song lyrically is very sexual and provocative and it will resonate with a large spectrum of people.

‘She Knows What’ has been expertly produced by Nick J. We listened to the single on various monitors and studio headphones and on each we were blown away by the clarity, balance and definition achieved by Nick J. He has taken an already suburb track and elevated to the next level, complimenting Ephect’s talent perfectly.

There is one thing for sure, ‘She Know What’ is filled with catchy rhythm and grooves. It will entice music lovers from across the globe and have you listening all summer.

So what are you waiting for? ‘She Knows What’ is now streaming on Spotify, Pandora and all other digital services. 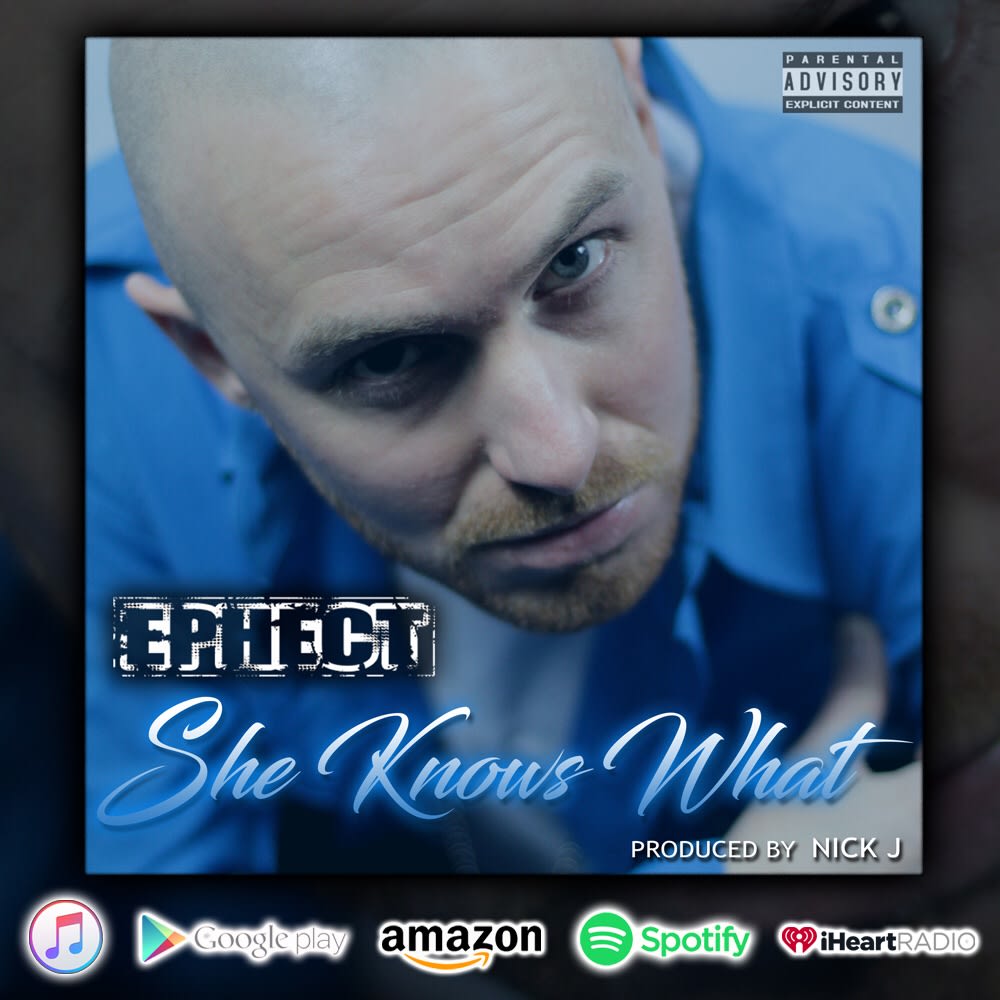